ONE YEAR OUTBREAK OF THE 2009 H1N1 INFLUENZA PANDEMIC AND VACCINATION: DISTINGUISHING MYTH FROM REALITY

This article is intended for a limited readership of healthcare professionals and practitioners.

Efforts to suppress the spread of the 2009 H1N1influenza strand have been mostly centered on massive vaccination regimes, involving the general population. These practices encouraged by WHO, have however found limited public response. The clinical experience gained from two consecutive winter seasons in the Southern (mainly Australia) and the Northern hemisphere right after the rapid outbreak of 2009, which were expected to favor the worldwide spread of the disease, have so far supported the aforementioned reluctance of the public. Although the publicity gained by the media may be partially blamed for the hasty mass vaccination decision, the lack of accumulated solid scientific knowledge and experience seems to be the main reason why the medical community under the burden of the wide spread fear for possible repercussions, resorted in this solution.
Influenza vaccines are frequently ineffective. At present, this is a major obstacle to an effective practical immunization procedure and one of the reasons why influenza vaccination traditionally is offered only to high-risk populations. Even traditional influenza vaccination policy, that in most developed countries attempts to reduce the mortality of persons over 65 years of age, is under dispute (SIMONSEN AND AL LANCET INFECT DIS. Oct 7(10), 2007, 658-66).
Furthermore, despite the fact that many people have been admitted to ICUS or died of H1N1 all over the world, the proportion of deaths from H1N1 does not differ from this of classic seasonal influenza, as becomes obvious in countries where the winter epidemic stroke has been sufficiently studied (figure 1), and in daily clinical practice. In clinical trials, concerning the profile of seriously ill patients, these in general, had at least one underlying medical problem including asthma, diabetes, heart/lung/ neurologic disease, obesity (mean BMI greater than 30) pregnancy (70-93%), or there was a long interval from onset of symptoms to treatment with antiviral therapy (48 hours, or longer). 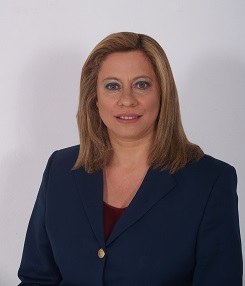 Έχω καταχωρηθεί στην διεθνή εγκυκλοπαίδεια «Who is Who».